We Welcome You to Crockett Eye Clinic 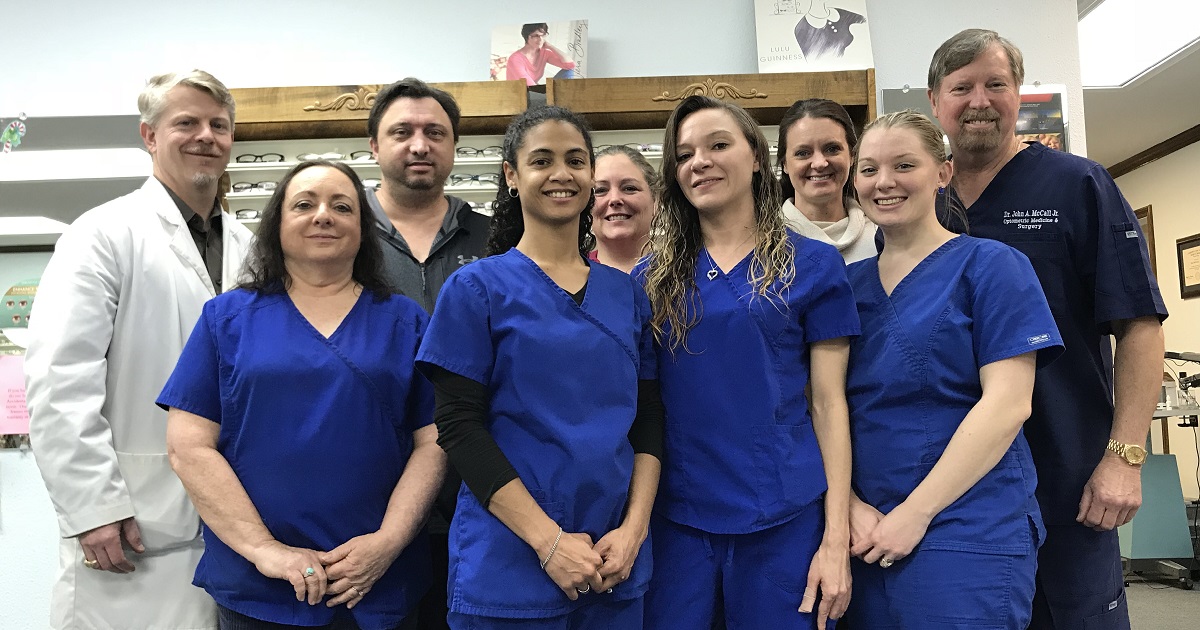 Dr. Castleberry is a native East Texan raised near Lufkin in Huntington, Texas. He is a graduate of Texas A&M University with a degree in Chemistry. He then received his Optometry degree from University of Houston in 1999. He began practice in Wichita Falls, Texas until returning to East Texas in 2012. He has been an active member of the Crockett Rotary club, including President from 2013-2015. Like most East Texans, he enjoys hunting, fishing and other outdoor activities including including carpentry and gardening. His wife Heather is a volunteer at SHARE and organizes SENIOR CARE BOX, a program of the East Texas Food Bank, through their member church Crockett First Assembly. His daughter Halleigh is a member of the Houston County Leo Club and attends Latexo High School where she is a member of the UIL Math Team and Cross-Country Team.

Dr. McCall was born and raised in Crockett. He graduated from Sam Houston State university and then University of Houston College of Optometry in 1977. He then began practice with his father Dr. John McCall, Sr. He has always focused on providing the latest technology and advanced care to our patients in and around Houston county. He also is licensed in Louisiana where he performs laser surgical procedures. He has played an active role in promoting the optometric profession through leadership and organization. He is Past President of the Texas Optometric Association, American Optometric Association and co-founder of Vision Source where he is still VP of Vendor Relations. He is a former Crockett City Council member and past mayor from 1986-1988. He has four children. Scott and Lyndsey currently live in Crockett. Haley is a student at Sam Houston State University and Matt attends Texas Christian University.